Narrowing down the connectivity competition: a guide to NB-IoT

As you’ve probably guessed from its name, Narrowband IoT (NB-IoT) is the narrower, bandwidth-light cousin of broadband. Narrowband represents lower bandwidth, which at first sounds like a drawback. But with lower bandwidth and throughput, there’s further reach and penetration: characteristics which are perfect for many IoT deployments.

A good way to understand Narrowband IoT and its henchmen (for example, LTE-M) is to compare it to a medium we’re all very familiar with—radio.

FM vs AM radio

Let’s think back to the times before digital radio and streaming everything. We’ve all heard of AM and FM radio (and, if you’re a super-nerd like me, shortwave and HAM). AM was more muffled and voice-friendly, not necessarily geared for music; while FM was the poster child of radio—crisp and sharp, with great representation of frequencies from bass, to mid-range, to high.

If we compare them side by side, it’s an easy win for FM—it always delivered what we were listening to with silky smooth detail. However, moving around while tuned in would cause its weaknesses to show: static interference, dropouts, and losing signal in particular spots, only for it to appear again moments later. We’ve all been there—halfway through jamming to our favourite song in the car, only to be rudely interrupted by static or silence as we take a certain corner, pass behind a hill or near a certain building.

Like FM radio, broadband can carry more data, but it’s also a lot easier to lose that data stream. In the DSL world, the equivalent would be living at the limit of the DSL service (roughly 5km away) or turning on the microwave, if your router was next to it. In the 4G, LTE world, the issues might crop up when you go underground, use an elevator, or travel really fast—on a train, for example.

NB-IoT is the AM radio of the IoT world. It’s got huge distance coverage, minuscule power consumption, great signal penetration; and it’s been designed to have a stronger ‘carrier signal’ (remember the days of dial-up modems, when you were rudely hung up on with a ‘No Carrier’ message?). 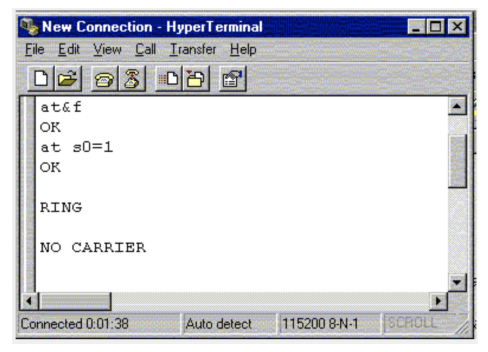 To see all of these features in action, take a look at Scottish Power, who partnered with Vodafone to make their high-voltage underground cable systems safe with NB-IoT.

By equipping their linkboxes (a critical element to the cabling) with temperature sensors over an NB-IoT network, Scottish Power can rely on accurate alerts when boxes become dangerously hot and can send in an engineer to fix the problem before any damage is done.

NB-IoT’s high penetration rate means underground deployment isn’t an issue—and its impressive staying power means the sensors will be online for a very long time to come, so they won’t have to make constant cave expeditions. It’s a win-win: with one easy deployment, they can dodge disasters and keep their engineering staff safe, while also making sure their customers don’t lose power.

All of this makes NB-IoT really stand out in long-range, long-term solutions. Supply chain operators can use it for region-wide fleet management, governments can rollout smart city applications in urban centres, and farmers that use it make tracking their livestock over swathes of farmland a breeze.

The possibilities are pretty much endless. NB-IoT’s combination of easy deployment and long-term, long-ranged utility make it a powerful addition to any industry that benefits from fresh tech; and that’s every industry.

And at Pangea, we use our IoT ecosystem and decades of expertise to turn those possibilities into realities. Need innovative connectivity to unlock a solution’s potential? Got an idea for an NB-IoT industry game-changer?  Get in touch with us to get started.