Cultivating success: the rise of agtech and IoT

Picture a farmer hard at work in the countryside. Easy, right? Hat being gently tousled by the breeze, muddied boots on their feet—and an IoT-equipped farmbot in tow.

Agricultural technology—or agtech—is easily one of the fastest-growing sub sectors within IoT, despite potentially being the youngest. Since the global uptake of big data helped agtech hit its IoT stride back in 2013, smart farm solutions have expanded far beyond farming logistics and field treatments. The industry is undergoing a technological revolution as farmers incorporate more digital and IoT capabilities into their processes.

And the revolution comes not a moment too soon: with climate change breathing down our collective necks, agriculture desperately needs a way to reduce its roughly 25% contribution to the world’s greenhouse gas emissions. On top of this, the planet’s population is climbing faster than ever before—with a predicted 9.8 billion mouths to feed by 2050 and a lack of arable land, farmers and tech players are going to have to work together and find ways to produce more by using less.

But it’s not all doom and gloom. Like I said: the situation has triggered incredible market growth, with agtech seeing investments of £1.6 billion in 2018 alone. The time is ripe for our partners to tap into agtech and get involved in developing groundbreaking solutions that might just save the planet.

Speaking of solutions, let’s take a look at some of the top innovative tech examples currently on the agtech scene.

Environmentally-friendly farming solutions often carry the dual benefits of reducing emissions or resource wastage while lightening a business’s financial load. Cloud-based smart irrigation systems allow users to properly monitor water usage across their land, adjusting flows and addressing runoffs through IoT-equipped pumps. They’re also built to react to abnormal weather conditions such as sudden downpours—an especially useful trait here in the UK, where the weather does what it wants when it wants, without regard for anybody’s day.

With erosion, pollution, and population growth slowly eating away at our arable land, soil health has become a high priority for farmers—and new IoT-enabled composting systems are key in saving time, cutting wastage and keeping farmland fertile and fresh. Integrating with irrigation systems, these technologies are enabling farmers to automate the measurement and distribution of fertilisers, allowing for precision farming that reduces costs and improves soil conditions.

And in some cases, fertiliser is being taken out of the mix entirely. Tech-savvy innovators are using seed microbes to reignite growth genes in seeds; genes that have long lay dormant due to overuse of fertilisers. Data-gathering IoT tech is crucial once again here, in order to determine microbe nature and performance.

As a living, breathing asset, handling livestock comes with a wide array of complexities for farmers. Smart farm tech is helping them deal with issues by automating processes and giving them unprecedented levels of control through data.

Livestock health and nutrition can be monitored on a per-animal basis through connected collars—allowing ranchers to address individual dietary adjustments or health requirements of the herd. Sick animals can also be pinpointed through diagnostics imaging and cared for before illnesses become dangerous; a particularly helpful solution in the dairy market, where udder infections cause £10 billion worth of losses every year. And if necessary, a contagious animal can be separated from the herd to isolate disease while still being tracked through IoT.

And automated processes such as feeding and cleaning systems are freeing up the agriculture workforce to concentrate on more demanding tasks. Many of these solutions are intelligent, again placing a focus on and responding to each individual animal based on its dietary needs—if a sheep eats a lot, it gets fed a lot. Egg-collecting systems remove the need for manual, precarious retrieval of eggs, and birth detection takes the pressure off of farmers who would otherwise need to physically monitor pregnant animals long into the night.

Robots are stealing the show across industries, and agtech is no exception—farmers are an under-represented profession, and the more hands that can be freed up with robotic assistance, the better. With such large swatches of land and crops to nurture, flight-equipped drones are a clear choice for farmers looking to monitor their crops over time or in real-time.

And ground-based farmbots are lighter than traditional farming machinery such as tractors, which means they’ll cause less damage while traversing soil; potentially eliminating the need for ploughing altogether. Depending on the task at hand, they can be equipped with game-changing gear such as cameras that allow for accurate displays of crop conditions, AI systems that identify fruit ripeness, or soft grippers that enable gentle handling of delicate fruits and vegetables.

And their machine precision allows them to complete tasks with far greater efficiency than human farmers—robots are being used to plant seeds in optimal, uniform patterns, and bots that need to weed use up to 90% less herbicide as a result of their hyper-accurate spraying. Some bots, like the ones currently in use by Waitrose, are even using lasers to kill weeds. 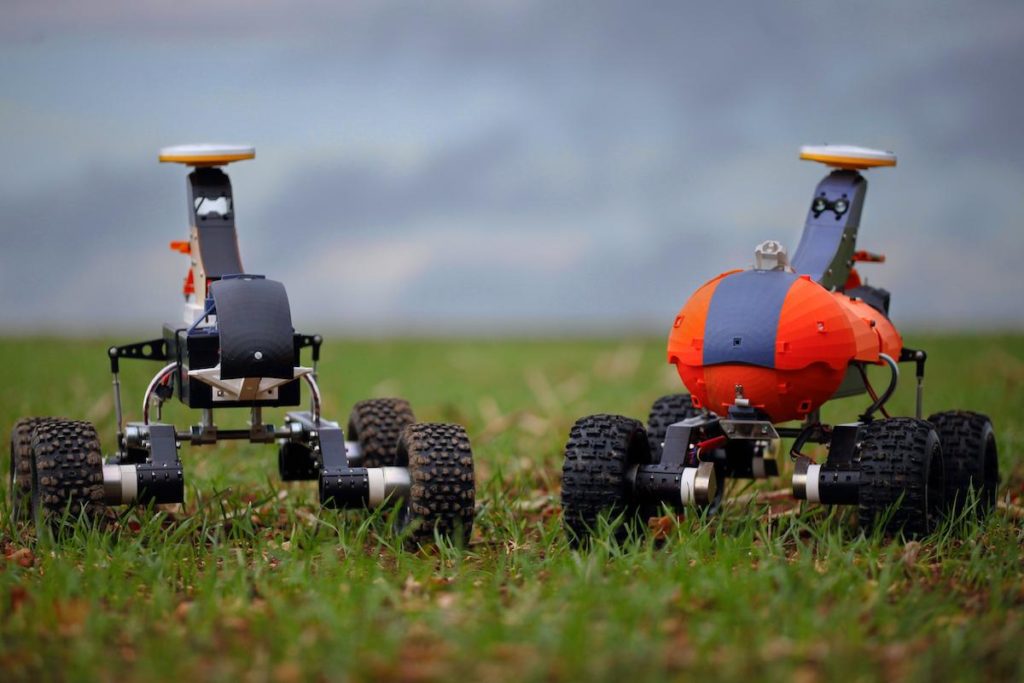 It’s easy to forget that civilisation as we know it lives and dies on agriculture’s success. After all, a surplus of food is what allowed early societies to foray into other fields like science and industry.

Of course, our predecessors didn’t have agtech—a factor that’s hitting the scene just when the world needs it most. Through a combination of societal urgency and massive investments, the sector is reaching a boiling point, with farmers and tech innovators alike scrambling to take advantage of the IoT boom.

And the Channel is in prime position to get involved. As the UK’s trusted providers of fixed and mobile connectivity, cloud capabilities and hosted services, introducing customers to IoT solutions is the next natural step. This could fall anywhere on the IoT spectrum, from a simple provision like Multi-network SIMs that give coverage over miles and miles of field, to disruptive solutions that completely change the game for data-hungry, forward-thinking farmers.

The seeds of success have already been planted. Time to partner up and reap the rewards.